The Netherlands helped to get Kasper a place to stay. How do you find a dorm room in Amsterdam? Make a video and ask your friends to share it! Eventually, friends of his friends shared the video and Kasper’s train journey went viral.

Amsterdam has a lack of housing among students. When Kasper Hoex in 2012 was evicted from his dorm room, he had a major problem. How do you find a nice and affordable place to to stay in the city center as a student?

With his friend Jaap, Alhambra made a video in which Kasper pretends to be living in a train. The idea to film in a train originated when we wanted to place recognizable rituals of the daily life – from shaving to doing groceries - in a different context in a humorous way. Our friends were affected and shared the video massively.

‘Kasper is looking for a place to stay’ went viral and reached 4 million people. It was the conversation at the coffeemachine thanks to online attention (LINDA) and television attention (DDWD & Pauw en Witteman, Hart van Nederland & AT5), radio (3FM) and the newspapers (Het Parool & De Gelderlander). Because of their reporting, the lack of housing in student cities was highlighted once again and several offers were made. Eventually he chose a affordable and big room in the center of Amsterdam. 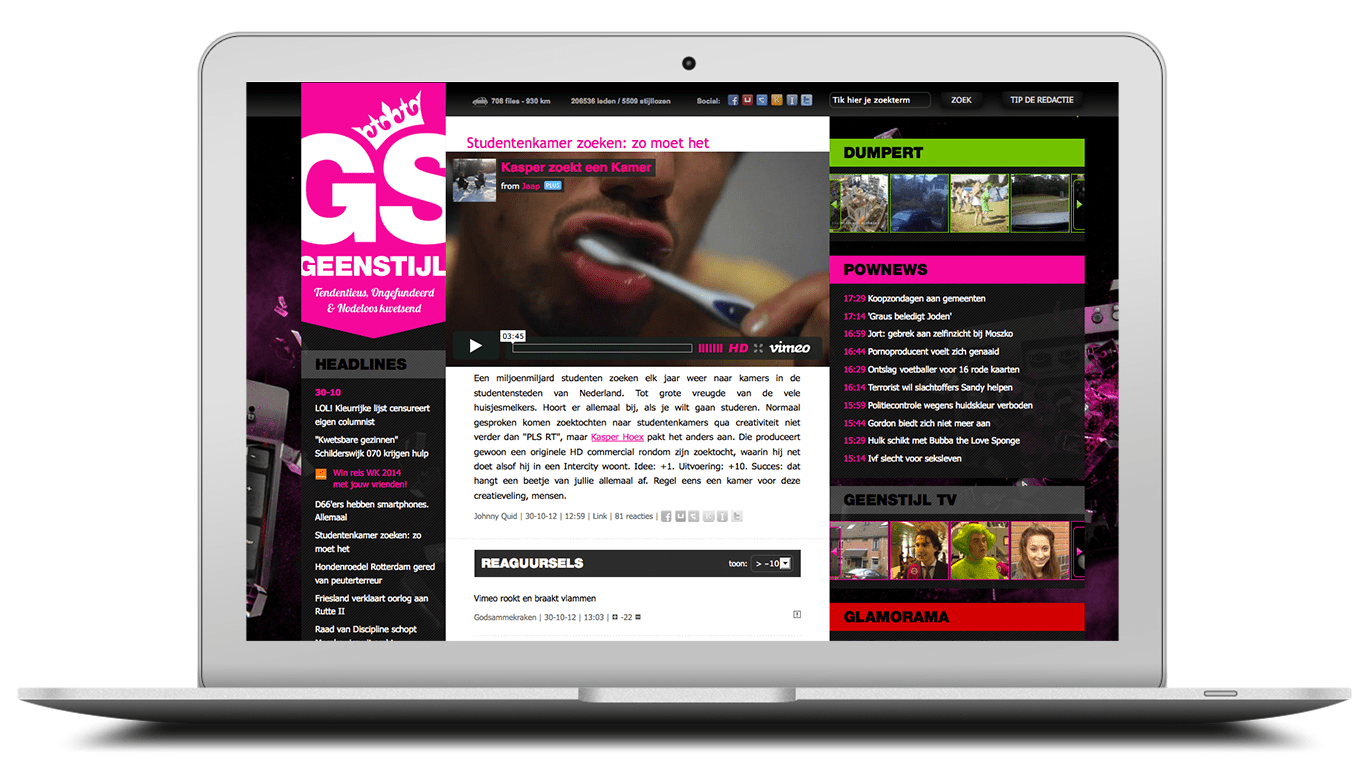 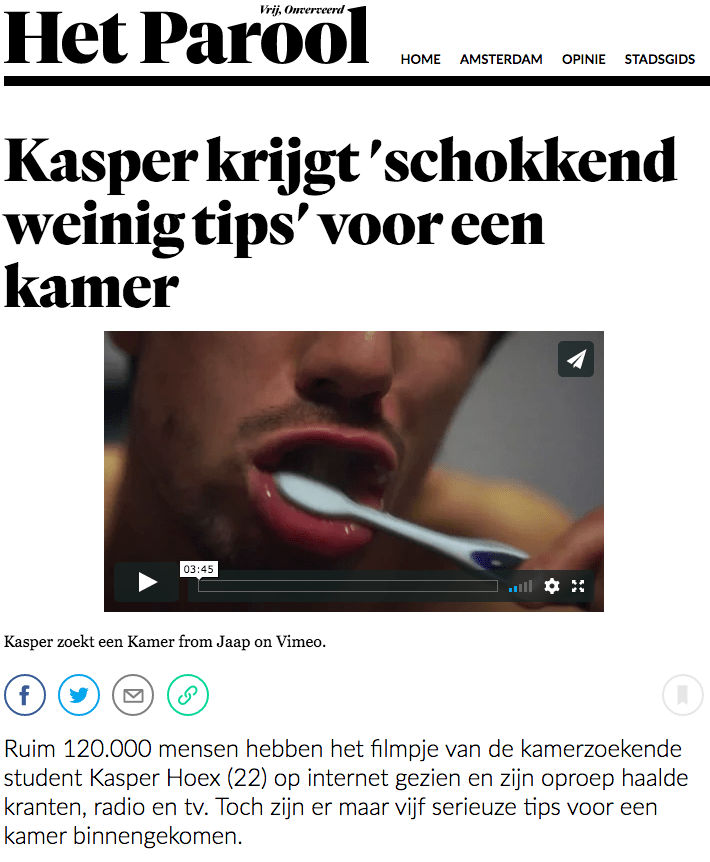 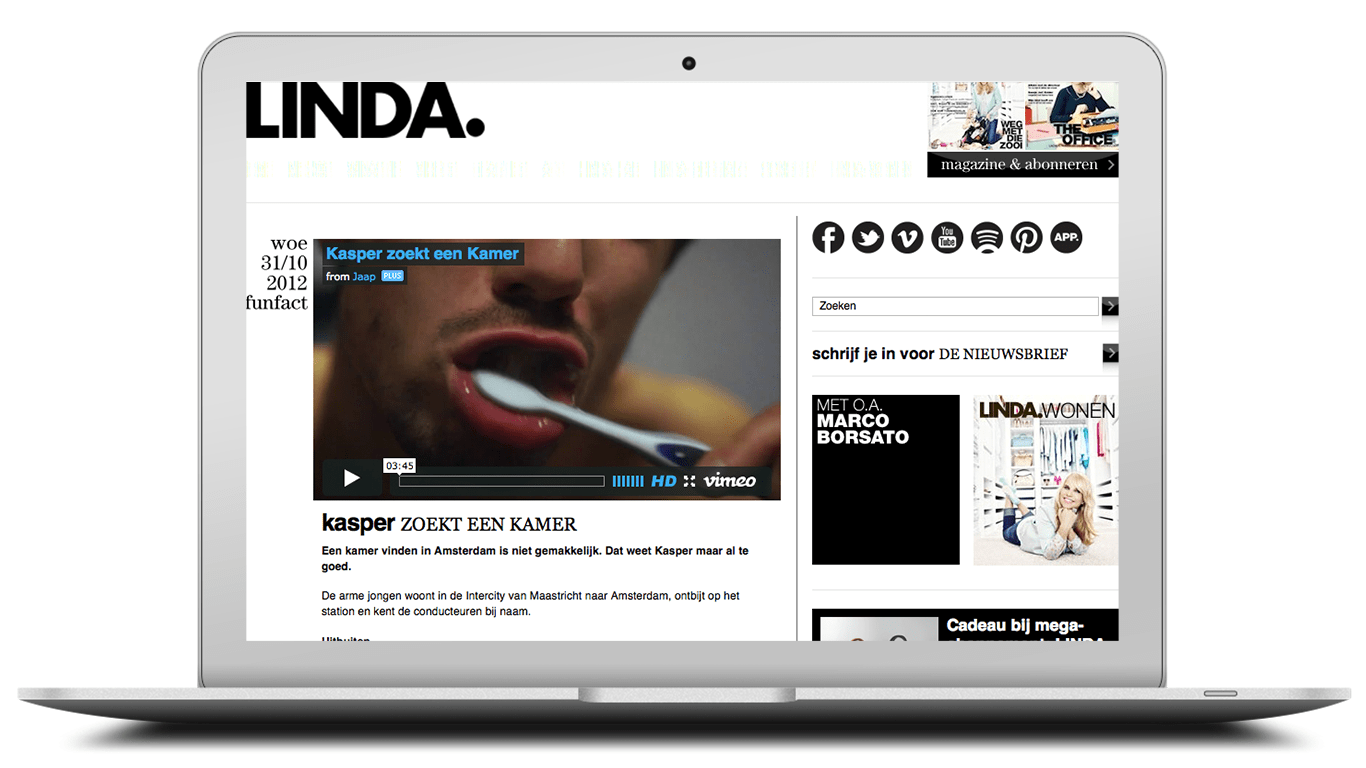